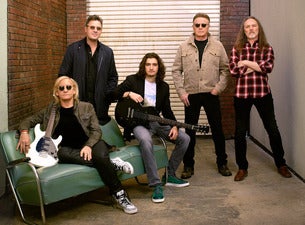 In today’s faddish, fractured rock landscape, it’s refreshing that classic bands like the Eagles retain an appeal that transcends both generation and genre -- Dad may not know what Spotify is, and Little Johnny may not know what LP stands for, but chances are both know the words to “Hotel California.” As the best-selling American band of the ’70s, and one of the top-selling acts of all time, the Eagles’ relaxed harmonies and California-inspired sound came to define what critics eventually dubbed classic rock, and cemented their role as enduring musical icons. Since forming in 1971, the band has undergone breakups, makeups, and more than its fair share of success and drama – so much drama, in fact, that 2013’s career-spanning documentary History of the Eagles had to be released as a two-parter. In support of the film, the Eagles are back on the road in 2013 for the History of the Eagles tour, which frontman Don Henley has hinted may be their last – meaning this may well be fans’ final opportunity to see the Eagles play their greatest hits in concert.

After playing together as Linda Ronstadt’s backing band in the early ’70s, the Eagles hit the ground running with their self-titled debut in 1972, which spawned the Top 40 country rock hits “Take It Easy, “Witchy Woman,” and “Peaceful Easy Feeling.” Follow-up effort Desperado contained one of the band’s most enduringly popular songs with its title track, and established the collaborative songwriting relationship between Don Henley and Glenn Frey that would prove so crucial to the band’s future success. 1974’s On The Border, which saw the band breaking away from country music in favor of a more rock and roll sound, earned the band their first No. 1 single with “Best of My Love,” but it was 1975’s One Of These Nights that really heralded the Eagles’ arrival as one of America’s biggest bands, earning them a Grammy for the single “Lyin’ Eyes.” In 1976, the Eagles released the album that would contribute most to their legacy in popular culture – Hotel California became their best-selling album, and the album’s title track won Record of the Year at the 1977 Grammys.

The band’s astronomical success and grueling tour schedule began to take its toll, and with tensions running high, the band called it quits after a 1980 concert in Long Beach, CA, that the band refers to as “Long Night at Wrong Beach.” Henley and Frey both pursued successful solo careers in the ’80s, including Henley’s successful collaboration with then-girlfriend Stevie Nicks, but it wasn’t until 1994’s Hell Freezes Over tour and live album that the band reunited for the first time. Despite being inducted into the Rock and Roll Hall of Fame in 1998, fans had to wait until 2007 for Long Road Out of Eden – the band’s first new studio material in over 28 years. The album earned 2 Grammys, and definitively proved a commitment and staying power that the Eagles continue to display in their impressive live shows.

Eagles – Don Henley, Joe Walsh and Timothy B. Schmit, with Deacon Frey and Vince Gill – are bringing their recent, highly acclaimed "Hotel California" performances on tour in 2020 with concerts in Atlanta, New York, Dallas, Houston, San Francisco and Los Angeles. See below for a full listing of tour dates. Each night's concert will feature a "Hotel California" set, with an accompanying orchestra and choir, followed by an additional set of the band's greatest hits. The shows are scheduled to begin at 8 PM, with a brief intermission.