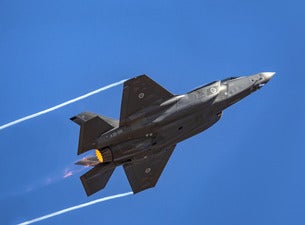 Tickets for the 2019 Edinburgh Air Show, taking place at Adelaide’s RAAF Base Edinburgh from 9-10 November, will be on sale from Monday 1 July through Ticketmaster.

The Air Show offers a rare opportunity for the people of Adelaide to visit the base and see some of the Australian Defence Force’s (ADF) most advanced military aircraft and technologies.

“Our newest maritime patrol aircraft, the Edinburgh-based P-8A Poseidon, will have pride of place alongside our fast jets – including the F/A-18 Hornet – and heavy lift aircraft like the C-17A Globemaster,” Air Commodore Sawade said.

“The F-35A Joint Strike Fighter will also be on display for the first time in Adelaide.”

Senior ADF Officer, Air Commodore Phil Gordon, said he was proud to be hosting the Air Show at RAAF Base Edinburgh.

“This will be the first ADF Air Show at RAAF Base Edinburgh in 12 years,” Air Commodore Gordon said.

“Crowds can expect to see more than four hours of flying displays on each day, featuring Air Force, Navy and Army aircraft.

“I encourage everyone with an interest in aviation to come along for an exhilarating, family-friendly weekend.”

More information on the Edinburgh Air Show is available from http://www.airforce.gov.au/edinburghairshow2019