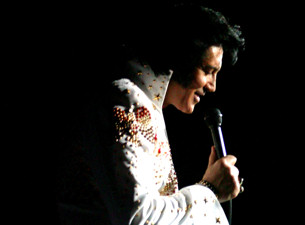 Elvis To The Max Tickets

About Elvis To The Max

ELVIS TO THE MAX

Thank you very much

After a career spanning thirty years, and with over thirty Australian tours, Max Pellicano ‘Elvis to the Max’ is embarking on his farewell tour. It should be known that no artist can boast this remarkable record. Max Pellicano’s first Australian tour was in 1988 where he sold out The Sydney Entertainment Centre and The Sports Centre in Melbourne. Max Pellicano is the first International Elvis Tribute artist to tour Australia and still remains the most popular. There are very few tribute artists that have reached the profile of celebrity and Max Pellicano is another first in this very exclusive club. In his career, he has performed and been interviewed by every major TV and radio network. Critics have described him as Elvis 'resurrected’ and 'reincarnated'. Abstract Entertainment proudly presents his farewell tour in September 2017, which will be a fitting farewell to a truly great international artist. The concert will feature multi-media footage of his early performances and images taken throughout the years, complimented by his very own live band and choir. Elvis to the Max’s final Australian tour will pay homage to The King and a truly heartfelt thank you to all his fans that have supported and followed his career throughout Australia and New Zealand.