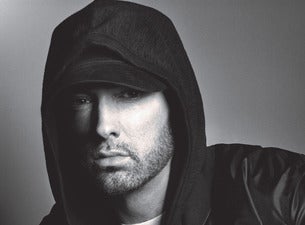 Get ready for Rapture!

This game-changing hip-hop event is curated by Eminem, and presented by Dainty Group.

Eminem: in a headline spot hot off the release of The Marshall Mathers LP 2. The Guardian said of his recent shows in Britain:  “His stage presence is as potent as ever.”

Eminem sold out every seat of his triumphant stadium tour in Australia two years ago.

In Australia, Eminem’s multi-platinum albums Recovery, Encore and The Eminem Show, and hit singles Without Me, Lose Yourself and Love The Way You Lie, are ranked on a biggest-ever sellers list in annual charts compiled by the Australian Recording Industry Association.

Kendrick Lamar: a blinding ray of rap genius from the sunshine state, California, with his ground breaking album,  good kid, m.A.A.d city, hits Swimming Pools and Poetic Justice, and crowned the new king of the West Coast by Snoop Dogg and Dr Dre.

J. Cole: chart-topping rapper who got the tick of approval from Jay-Z with his clever rhymes and intriguing lyrical content, then followed through to deliver street savvy work including two No.1 albums, Cole World: The Sideline Story, and his latest Born Sinner.

Action Bronson: A former chef, this Queens MC and former XXL Cover Freshman is known for his gritty style and slick rhymes. His latest EP Saab Stories debuted Top 10 in the US and solidified his position as one of the hottest rappers today.

360: Hometown hero and ARIA Award winner 360 broke through with a platinum-selling album Falling And Flying, and hit singles including Boys Like You, telling true tales from familiar streets without pretending or posturing.

Lose yourself, Australia, and get caught up in the Rapture in 2014.