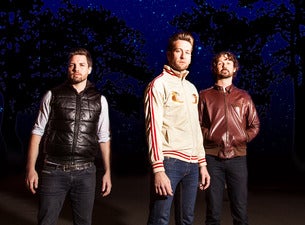 Over the last 21 years, Eskimo Joe has had their music released to great acclaim in the US, Canada, Europe and Korea.

With 6 studio albums and sales exceeding 750,000 in Australia alone, the band has seen 3 of their albums debut at number 1 on the ARIA charts and has racked up an impressive 35 ARIA nominations.

In an Australian Premiere, they perform their massive hits From The Sea, Black Fingernails, Red Wine, Foreign Land and more live with WASO.