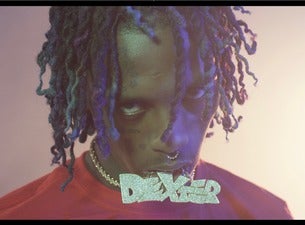 Few rappers — and even fewer trappers, for that matter — have enjoyed such a meteoric rise as Famous Dex, who very quickly lived up to his name. Born on September 6, 1993, on the south side of Chicago, Dex is a proud citizen of the hometown of Kanye West, Chance the Rapper, and Chief Keef. Dex decided to start releasing music after his mother passed away in 2014, likely looking for an artistic outlet for his pain.

Famous Dex released his first mixtape, ‘Never Seen It Coming,' the following year. Shortly after, he dropped its follow-up, ‘Dexter's Laboratory.' In 2016, he released albums ‘Drippy' and ‘#OhhMannGoddDamn.' That year, Dex was responsible for multiple viral YouTube videos, including "Drip From My Walk," which has more than 19 million views, and "Hit Em Wit It," which was directed by Cole Bennett and has more than 18 million views. Shortly after these massively successful releases, Dex signed to Rich Forever Music, rapper Rich the Kid's label; he would soon release multiple collab albums with Rich the Kid.

Dex's big break — if his 19-million-view video wasn't already one — came in 2018 with ‘Dex Meets Dexter,' his debut studio album, which featured Diplo, A$AP Rocky, Wiz Khalifa, and more. The album featured multiple hit singles, including "Pick It Up," which peaked at No. 54 on the Billboard Hot 100, and "Japan," which peaked at No. 28 on the same chart.

‘Dex Meets Dexter' reached No. 12 on the U.S. Billboard 200, a significant accomplishment for a debut album from a mostly underground (at that time) rapper. Dex has already amassed a hefty list of features, appearing on tracks by A$AP Ferg, Jay Critch, Trippie Redd, 6IX9INE, and Robb Banks.