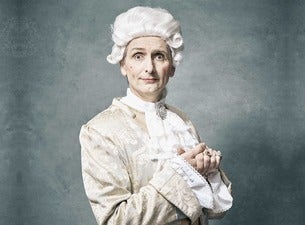 Frank is often referred to as a *@#!KING CLOWN – he chooses to take this as a compliment that reflects his mastery of the ancient art of wrongness.

Comedy is like one of those old-fashioned washing machines with the ringers on top. Frank loves to push any topic or tale into the ringers and squeeze as much laughter out as he can. Occasionally he pushes a little enthusiastically and gets his fingers mangled, but that can happen.

A brand new stand-up comedy show from the master of daft.

"Five stars is simply not enough." ????? The Advertiser