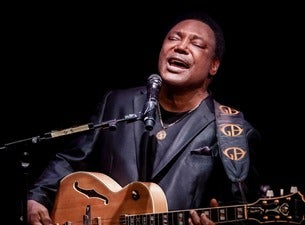 One of the world’s greatest guitarists, George Benson is coming to Melbourne and Sydney for headline shows.

Since 1977, George Benson, an American icon for being part of the electric guitar revolution which changed music and popular culture forever, has won 10 Grammy Awards – and has been nominated for an additional 15.

‘On Broadway’, ‘Give Me The Night’, ‘Turn Your Love Around’ and ‘The Greatest Love Of All’ are just a few of the timeless anthems in the George Benson songbook.

His current album, ‘Weekend In London’, was recorded live at the legendary Ronnie Scotts Club. Check it out and get a snapshot of this giant and his amazing catalogue of songs.

This Australian tour will feature his whole repertoire of hits as well as a few Fats Domino and Chuck Berry classics that were featured on his previous release, ‘Walking To New Orleans’ album. Don’t miss this world-class act in 2022!