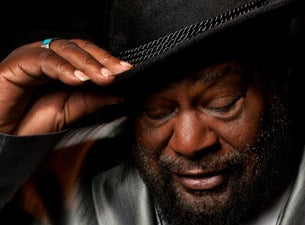 George Clinton & Parliament Funkadelic will be ensuring that all Aussie fans have one last chance to see George perform live in Australia this April as he plays both a Melbourne and Sydney date before his Funk-a-thon farewell to the land down under. He is sure to ‘Tear The Roof Off’’ with his Funk-melodies which still have a major influence and inspiration for today’s Hip-Hop and RnB artists.

The early 1990s saw the rise of funk-inspired Rap and Funk Rock that re-established the status of Clinton as one of the most important forces in the recent history of black music. Clinton’s music then became the soundtrack for the rap movement, as artists from MC Hammer to Snoop Dogg depended heavily on the infectious groove of Clinton productions as the foundation of their recordings.

Clinton’s inspiration, dedication and determination resulted in the elevation of Funk music to complete recognition and acceptance as a true genre in and of itself.

“…we’re immediately told there will be no sitting down tonight. They’re not kidding, either! George Clinton & Parliament Funkadelic’s opening number is as energetic as any closing, encore track”. themusic.com.au