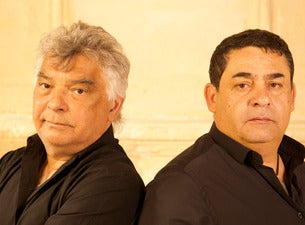 World renowned flamenco, rock and pop musicians, The Gipsy Kings featuring Nicolas Reyes and Tonino Baliardo, the original songwriters and guitarists on hits such as 'Bamboleo', 'Volare' 'Djobi Djoba' and 'Bem Bem Maria' are returning to tour Australia this April!

The band who captured the world's imagination 25 years ago went platinum with their self-titled debut album and became a genuine world music phenomenon with the hit 'Bamboleo'. Since then, the band have gone on to perform live in every corner of the globe and sold over fourteen million albums worldwide. Their compilation The Best of Gipsy Kings was in the charts for over a year.

In their native Gipsy language 'gitane' they introduced listeners to a unique, irresistible blend of traditional flamenco styles, vigorous guitar work and passionate vocals; this indigenous traditional style is known as "rumba flamenca".

Over the years The Gipsy Kings-whose members hail from the gypsy settlements in Arles and Montpelier in the south of France-have included singers and guitarists from the Reyes (Canut, Nicolas, Pablo and Patchai) and Baliardo families (Diego, Paco and Tonino). Lead singer Nicolas Reyes is the son of famed Flamenco singer José Reyes, who, with Manitas de Plata, sold millions of records in the 1960s and 70s.