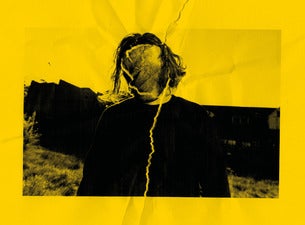 Following the release of latest single Falling Out, Australia’s favourite masked producer Golden Features (aka Tom Stell) will be lighting up stages this August, headlining his largest shows to date.

Bursting on to the scene with 2014’s debut self-titled EP, featuring hit single ‘Tell Me (feat. Nicole Millar)’, Stell grabbed the attention of genre-busting international artist Porter Robinson who enlisted Golden Features for an official remix of his track Years of War, which clocked up over 1 million plays in just a fortnight.

The magic kept coming as Golden Features released his XXIV EP in 2015, led by the haunting single No One featuring Thelma Plum on vocals, which was quickly put on high rotation at triple j and later placed in the station’s coveted Hottest 100. While over on the iTunes charts, the EP went all the way to #1.

Following on from the success of 2015, Golden Features’ released 2016’s phenomenal double a-side via ODESZA’S label Foreign Family Collective, which featured the ethereal lullaby ‘Wolfie’ with Julia Stone and set him up to once again place in triple j’s Hottest 100 for a consecutive year.

Rising to the top of Australia’s electronic scene, with a sold out Australian headline tour in 2015, Stell has also made his mark globally, playing at leading US festivals like HARD Summer and Holy Ship, alongside joining Alison Wonderland on her US tour. Making ground breaking festival appearances on home soil at Splendour in the Grass in 2017 and Field Day, he debuted a brand new live show early this year, delivering a magnified audio-visual experience of his all encompassing productions and fast cementing his reputation as an innovative producer.

With the promise of new material and a forthcoming debut album on the way, you won’t want to miss experiencing it live for the very first time!