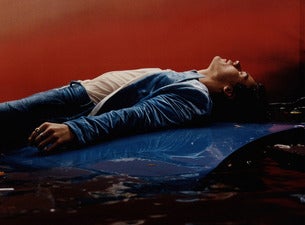 He's known for having moves like Mick Jagger, charisma like Paul McCartney and exactly the kind of star quality you'd find in, say, a boy band like One Direction. By all accounts, former 1D member Harry Styles is the consummate showman. His 2017 debut solo outing, Live on Tour, was beloved by screaming pop fans and hard-nosed music critics alike. He brought his Harry Styles album to life in a spray of vintage-sounding pop and rock inspired by giants like Queen and David Bowie while strutting his stuff in custom couture, waving Pride flags and even remaking a few One Direction hits. Styles certainly cut his teeth touring the world's arenas on a ceaseless circuit with 1D, but to see him live on his own is to instantly know that he was born for the stage. His second tour, in 2020, builds on his psychedelically inspired sophomore album Fine Line.

Harry Styles' ho-hum beginnings point all the more to the fact that he was born with stardom inside of him. With farm laborers in their ancestry, his parents worked in finance and raised their kids in the tiny English town of Holmes Chapel. Styles was working part-time at a bakery when his mother suggested he take his childhood obsession — he'd sing Elvis songs at home — to a bigger venue: The X Factor. Styles auditioned with Stevie Wonder's "Isn't She Lovely" and made it onto the TV competition, where he promptly washed out. But he and three other "losers" were brought back to try again as a boy band. That was, of course, One Direction, the group that would release a history-making four No. 1 albums in a row, tour circles around the globe and bless us with bright and bubbly singles like "What Makes You Beautiful" and "Best Song Ever." Tellingly, Styles cowrote that latter hit. He was also the first in the group to start wearing skinny jeans, boots and tattoos, so after 1D declared an extended hiatus in 2015, it was only a matter of time before Styles returned as the hip-shaking rock god he was always meant to be. His 2017 self-titled debut album, led by the glam-inspired "Sign of the Times," was as big a critical success as it was a commercial one, paving the way for further future experimentation, as heard on his highly anticipated 2019 follow-up Fine Line.

Harry Styles announced a 2020 that has been rescheduled to 2021 world tour, ‘Love On Tour,' in support of his upcoming album Fine Line. The extensive run of shows begins in April in the UK and travels across Europe and North America before concluding in Mexico in October.

Joining Harry across the world is rising pop star King Princess in Europe, singer/songwriter Jenny Lewis in US & Canada, and Jamaican reggae singer Koffee in Mexico.

The highly-anticipated new album Fine Line arrives December 13, 2019. Fine Line is available for pre-order now on CD, vinyl and via a special edition album that includes a 32-page book with exclusive behind the scenes photos from the recording process. The 12-track album features the new single "Lights Up," which has accumulated over 100 Million video views and streams worldwide to date.

Other tour dates to be announced