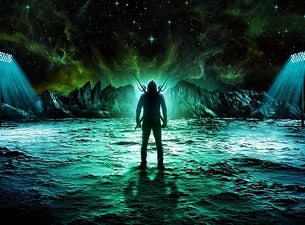 The 2019 tour will celebrate the release of Hilltop Hoods eighth studio album ‘THE GREAT EXPANSE’, which broke yet another milestone debuting #1 on the ARIA Album chart.   This brings the band’s total #1 Albums to an incredible 6, which is an ARIA record for the most #1 albums by an Australian band.  The record also became the fifth consecutive album by the trio to debut #1 on the ARIA Album Chart and delivered a string of hits with platinum selling ‘Clark Griswold’ Feat. Adrian Eagle, double platinum selling ‘Leave Me Lonely’ and the latest gold certified single ‘Exit Sign’, featuring Ecca Vandal, which also boasts a guest appearance from the Hoods close friend and ally, Illy.

Fresh from the Eminem support and the stages of ‘Groovin The Moo’ where the band road tested the new album alongside classic Hilltop Hoods, fans were treated to a blistering high-energy-leave-no-prisoners performance that saw the band cement their place even further in our psyche as one of Australia’s most loved live acts.  Expect all that and more with the 2019 world tour where crowds will be swept up in a set of fan favourites in what promises to be, yet another stand out Hilltop Hoods live experience.

Special guests on the national tour include Mojo Juju who impressed with her 2018 album release ‘Native Tongue’, a powerful tour de force that won her critical acclaim and stamped her presence firmly in the music world.  22-year-old emerging rapper Shadow brings his aggressive UK inspired Grime to the stage, promising to deliver a performance that will be both fierce and lyrical.  Widely regarded and respected DJ Nino Brown also joins THE GREAT EXPANSE national tour.