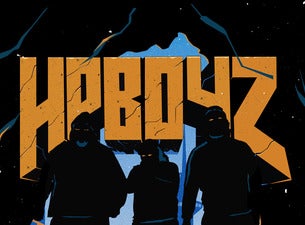 HP BOYZ are an independent Australian Hip Hop group from Melbourne. The band comprises of: YJ, Mways and Onit. They started off as close friends in the early stages of their life and went on to become a brotherhood in their early teens. Music followed soon after and became their main creative outlet and a huge inspiration for the boys. They’ve achieved significant success in a short amount of time, only being in the game for over a year.

Having amassed over 100 Million streams across their platforms as well as Platinum and Gold singles, HP BOYZ go from strength-to-strength with each release. They list their influences including: Tion Wayne, Sheff G, and Lil Tjay just to name a few. HP BOYZ Sold Out their 7 Date New Zealand Tour in 2019, in less than 10 minutes. The boys also took home the People's Choice award for the first time at the ‘Pacific Music Awards’ but because of COVID-19 travel restrictions they couldn't be in New Zealand for the awards, so accepted it from their house in Melbourne.