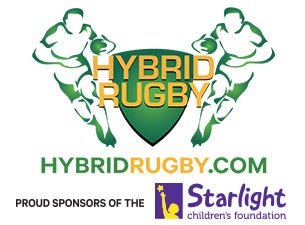 Two of Sydney’s most famous old footy clubs face off in a hybrid rugby game the weekend after the NRL grand final in October.

Randwick’s Galloping Greens will meet the Western Suburbs Magpies at Pirtek Stadium on October 11 for the inaugural Hybrid Challenge Cup.

The hybrid game is a mixture of rules from both codes with two referees (one from each code) to enforce the laws.
Teams play the ball like rugby league when attacking from their own half but as soon as the side in possession crosses the halfway mark, they play rugby union — including rucks and mauls.

With rules designed to make it a fast, open game it all adds up to pure rugby excitement for the fans.