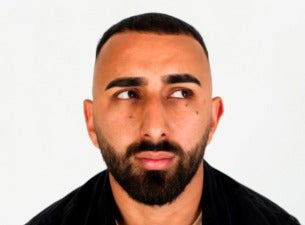 Australian Character Comedian and Social Media Sensation Ibby (aka Ibrahim Akbar) is set to kick off his Debut Comedy stage Tour in Melbourne, Sydney, Brisbane, Gold Coast, Perth and Adelaide this August. With what began as a bit of fun on Facebook to entertain his family and friends, has since become a cult following with over 200K followers across his social media networks. The hilarity that ensues from stories of growing up in an ethnic family, to relationships, to poking fun at society in general, Ibby has definitely found his niche. He regularly posts video clip content and continues to entertain his fans, reaching bigger audiences by the day. It was only a matter of time before he would take the show ‘on the road.’

With Ibby’s forthcoming debut comedy show, fans can expect to get an inside look into his world and him as a person. What makes Ibby happy, sad, angry, talking about his childhood (his parents migrated to Australia from Afghanistan but Ibby was born and raised in Melbourne), life and more. He will also talk about his observations of the current state of society and people in general, from the Moey DW!s (Character Comedian) of the world, to the different relationship dynamics - 2021 style. In a no holds barred style show, nothing is off limits. For those who enjoy his social media clips, get ready for Ibby’s 1 hour stand-up comedy show, where he believes he’ll have you laughing from start to end!