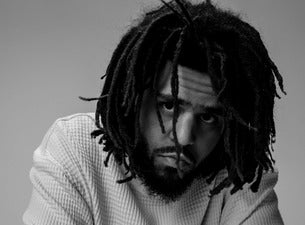 In 2013, rapper J. Cole released his second studio album, Born Sinner, and backed it with his What Dreams May Come tour. Like 2011's Cole World: The Sideline Story, his debut album, Born Sinner hit No. 1 on the U.S. album chart. Cole, whose full name is Jermaine Cole, first got wide recognition for his 2007 mixtape The Come Up, which caught the ear of Jay-Z and eventually led to Cole's signing by Roc Nation. Cole -- who was born on an Army base in Germany but was raised in North Carolina -- has since released a string of hit singles including "Work Out," "Power Trip," and "Nobody's Perfect." He built his loyal fan base by releasing a string of sought-after mixtapes and EPs, and also by being one of relatively few hip hop artists who tour regularly. All of the stage time has made Cole a confident performer who makes putting on a good show a priority, which keeps fans buying tickets again and again.