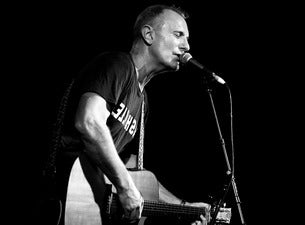 James and his band will be performing the iconic hit 'The Boys Light Up', as well as other Australian Crawl classics, plus hits from his extensive solo catalogue and a few surprises across the 90-minute sets.

Thirty years after it was released, Australian Crawl’s debut album The Boys Light Up, was featured in The 100 Best Australian Albums. “Australian Crawl would never have gone much beyond their living rooms on Victoria’s Mornington Peninsula,” the authors noted, “had it not been for singer/songwriter James Reyne … a keen observer of human nature and a man with a vitriolic wit.”

Australian Crawl sold more than one million albums in Australia, placing four albums in the Top 5, including 11 weeks at number one.

James Reyne’s songs have provided the soundtrack to endless Australian summers, including “Reckless”, “Beautiful People”, “Lakeside”, “Daughters Of The Northern Coast”, “Fall Of Rome”, “Hammerhead”, “Motor’s Too Fast” and “Slave”.

Don't miss James when he stops by Brisbane on the Boys Light Up 40th Anniversary Tour.