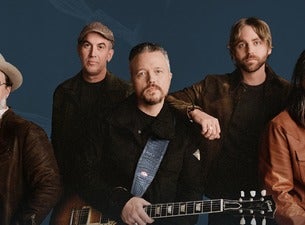 Jason Isbell and the 400 Unit are heading to Australia for a very special headline show next April 2023. Catch one of the world’s most celebrated songwriters and his band at the Palais Theatre in Melbourne on Thursday, 6th of April.

Jason Isbell broke through with the release of his 2013 album, Southeastern. His next two albums, Something More Than Free (2015) and The Nashville Sound (2017), won him Grammy Awards for Best Americana Album & Best American Roots Song – and his song "Maybe It's Time" was featured in the 2019 reboot of A Star Is Born.

His most recent full-length album, Reunions (2020), is a critically acclaimed collection of ten new songs that showcases an artist at the height of his powers and a band fully charged with creativity and confidence.

In October 2021, Jason Isbell and the 400 Unit released a special new covers album, Georgia Blue, celebrating the state of Georgia’s role in the 2020 election. The record consists of new versions of thirteen songs with ties to the state, with all proceeds benefiting three non-profit organizations: Black Voters Matter, Fair Fight and Georgia STAND-UP.

Jason Isbell possesses an incredible penchant for identifying and articulating some of the deepest, yet simplest, human emotions, and turning them into beautiful poetry through song.

Don’t miss your opportunity to catch this heartfelt performance live.