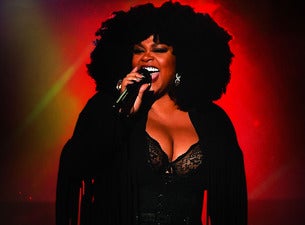 Grammy Award-winning singer/songwriter Jill Scott has long been number one to fans of neo soul, but it wasn’t until her fourth album, 2011’s The Light of the Sun, that she attained the No. 1 Billboard position to match. From the breakbeat of lead single “Shame (feat. Eve & The A Group)” to the laid-back groove of “Golden,” the album showcases her signature blend of soulful vocals and spoken word. Originally discovered by Questlove of The Roots during a live poetry reading, Scott would go on to release three studio albums – and earn three Grammys – in the 2000s, including Best Urban/Alternative performance for 2005 hit “Cross My Mind.” On tour in 2013, ticket buyers have been loving her commanding vocal performances and the throwback style of her live band.