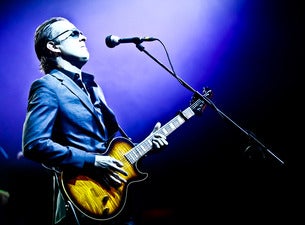 Hailed worldwide as one of the greatest guitar players of his generation, Joe Bonamassa has almost single-handedly redefined the blues-rock genre and brought it into the mainstream.

Backed by a stellar band of legendary musicians including Late Night with David Letterman’s Anton Fig (drums), Nashville recording legend Michael Rhodes (bass) and Rock & Roll Hall of Famer and member of Stevie Ray Vaughan and Double Trouble, Reese Wynans (piano/organ) and featuring soulful background singers and fantastic horns to bring a whole new life to the show which will feature brand new songs alongside career-spanning favorites.  Watch the music video from Bonamassa’s latest studio album “Redemption” here: https://youtu.be/wDe-dI3c5d0 . By exceeding his own vertiginously high artistic goals, Bonamassa has shattered all expectations with this record and has reached new audiences – no mean feat when you continue his astonishing track record of releases, which now includes 21 #1 Billboard Blues Albums (more than any other artist in history). Bonamassa’s career in the music industry has built steadily over the years and is only gaining more momentum.