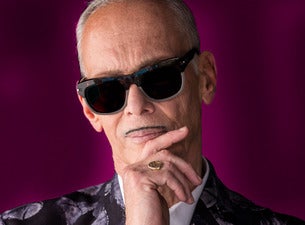 With his pencil-thin moustache, Hollywood smile and trademark flamboyant suit, John Waters has forged an unwavering path in his quest to give bad taste a good name.

Known for his early subversive work such as Pink Flamingos (1972), as well as box office hit Hairspray (1988), the eccentric filmmaker has pioneered transgressive movies.

In this Melbourne exclusive performance, Waters serves up salty reflections on the world today, his camp obsessions and life lessons including the downsides to fame (none), all studded with cameos from the larger-than-life stars he has worked with — from Divine and Mink Stole to Johnny Depp, Kathleen Turner and Patricia Hearst.

The raconteur has been touring to adoring crowds around the world for nearly 15 years — though his outrageous insights are as sharp as ever. His return to the Arts Centre Melbourne coincides with the release of his ninth book Mr. Know-It-All, The Tarnished Wisdom of a Filth Elder.

For one night only, hear the ruminations and frank observations from the Filth Elder himself.