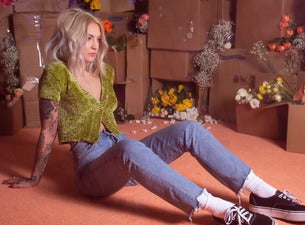 American pop knockout and Grammy nominee Julia Michaels will be touching down in Australia for a run of shows this September! The prolific singer-songwriter will take centre stage later in the year for her very first Australian headline shows.

Known for her incredible ability to put those difficult-to-understand feelings into words, Julia's latest release Inner Monologue Part I is her most passionate, powerful, and personal body of work yet.

Her solo music caught the world’s attention in an instant. Her first release, ‘Issues’, reached #5 on the ARIA charts, #11 on the Billboard Hot 100, and was nominated for the Grammy Award for Song of the Year, while ‘Heaven’ was featured on the soundtrack for Fifty Shades Freed. Her most recent single ‘Jump (feat. Trippie Redd)’ has already cracked 100 million streams. To top it all off, she rounded out the 2018 Grammy's with a nomination for Best New Artist.

With a stack of illustrious tours under her belt alongside superstars Maroon 5, Niall Horan, Shawn Mendes, and now Australia's own Keith Urban, and a US run scheduled for later this year with P!NK, it’s no wonder that Michaels has accrued more than two billion streams globally.

There’s no doubt about it - Julia Michaels is a pop prodigy. Don’t miss what will likely be your last chance to see an artist of such calibre in such an intimate venue. Tickets will disappear like lightning.