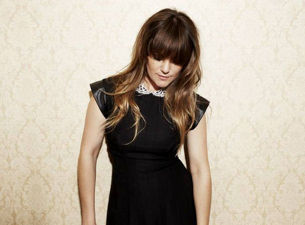 NEW ALBUM ‘BY THE HORNS' OUT MAY 25
NATIONAL TOUR DATES ANNOUNCED.
Julia Stone's new album ‘By The Horns', featuring the gorgeous songs ‘Let's Forget All The Things That We Say' and ‘It's All Okay', is released in Australia on Friday 25th May.
"emotionally fraught, stunningly beautiful, chilling and evocative...[it] will give you goosebumps"  Triple J Magazine
Harper's Bazaar hailed it as a "Triumph".
The album is co-produced by Thomas Bartlett and Patrick Dillett, whose combined work includes credits on records by Antony & The Johnsons, David Byrne, The National, and Mary J Blige.
After selling out shows in London, Paris, Berlin, Amsterdam, LA, New York and Sydney (on June 13), Julia Stone announces a run of dates which will see her play all cap' cities and then some, throughout September.
Advertisement