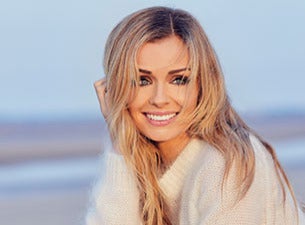 Having performed in some of the most iconic venues around the world, multi-award winning performer Katherine Jenkins will soon add a handful of prestigious theatres in Australia to the list, with a national tour of the country scheduled for November.

Britain’s best-selling classical artist of the past 25 years, who first came to public attention when she sang at Westminster Cathedral, honouring Pope John Paul II’s silver jubilee in 2003, will land in Australia in November, for a short run of shows in some of the country’s most prestigious rooms; The Riverside Theatre in Perth, Palais in Melbourne, Sydney’s State Theatre, the ACE in Adelaide and Brisbane’s iconic Lyric Theatre at QPAC.

For the first time since her 2011 arena tour with Plácido Domingo, Australian audiences will have the opportunity to see some of Katherine Jenkins most well-known songs, including ‘Time to Say Goodbye”, “Jealous Of The Angles” and “Blinded By Your Grace”, with the addition of a piano and string quartet.