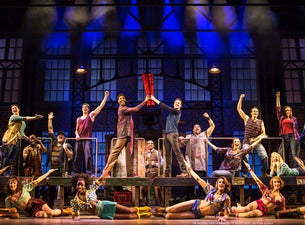 KINKY BOOTS is the heart-warming new musical that must leave Sydney on 13 August.

With songs by pop icon Cyndi Lauper, KINKY BOOTS takes you on a hilarious journey from a working class shoe factory to the runways of Milan.

Don't miss the musical that has been deemed "irresistible, big-hearted fun... the best musical to hit town in years!" (Sydney Morning Herald).

"Just unreal. One of the best things I've ever seen" KIISFM

"Magnificent plus. There's no better...