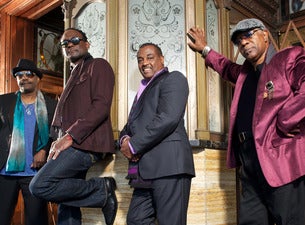 About Kool & the Gang

It’s impossible to imagine 1970s pop music without remembering Kool & the Gang, whose versatile, jazz/funk/R&B sound crossed musical genres into mainstream popular culture. With sales of tens of millions of albums worldwide, Kool & the Gang have influenced a generation of singers like Kriss Kross, Jermaine Dupri, Snoop Doggy Dogg, De La Soul and countless others. In concert, Kool & the Gang treat their ticket holders to a high energy extravaganza featuring a mix of old favorites and jazzy, funk-infused new songs that sizzle with intense, cascading rhythms. Today, the group celebrates not only 50 years in the music industry, but also its latest album, “Home for the Holidays,” which features holiday music performed in its unforgettable, jazzy funk-infused style and innovative sound.

Kool & the Gang got its start when a group of five high school buddies got together in 1964, performing contemporary, funk-based harmonies and arrangements. After the release of several albums featuring the lead vocals of J.T. Taylor, the group hit mainstream fame in 1973 with its album “Wild and Peaceful,” which featured mega hits like “Funky Stuff,” “Hollywood Swinging” and “Jungle Boogie.” They followed this success in 1980 with their blockbuster hit “Celebration,” which is considered by many to be the iconic musical anthem of the era. During the 1980s, they followed with a string of hits, including “Cherish” and “Fresh.” As musical styles changed into the 1990s, the next generation of hip-hop performers acknowledged how much they had been influenced by this pioneering group, and awards and accolades soon followed, including the National Association of Recording Merchandisers Chairman Award in recognition of the group's staggering record sales. In 2006, the group hit the Billboard R&B charts yet again with “Steppin’ into Love.” In 2012, with three of the original members still performing ( brothers “Kool” and Ronald Bell and George Brown), Kool & the Gang embarked on a highly successful tour with Van Halen. They followed this up with an extensive 2013-2014 worldwide concert tour that has included stops in several cities in Japan, Europe and the US. Today, enthusiastic ticket holders can expect to hear all their old favorites in concert, performed in that inimitable signature sound that has made this group a fan favorite and cultural phenomenon for half a century.