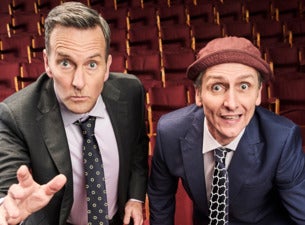 About Lano and Woodley

After not one but two sell out seasons in Melbourne of Lano & Woodley in Lano & Woodley, Colin and Frank have decided that they may as well bloody record this show as people seem to be enjoying it THAT much! Join them for one last hurrah of this silly show!

Pure joy from beginning to end, new bits, old bits and everything in between bits. This is THE show that Melburnians have needed this year.

Join them for one last hurrah at The Comedy Theatre this May.

Two of our greatest virtuosos of comedy ****½ Herald Sun