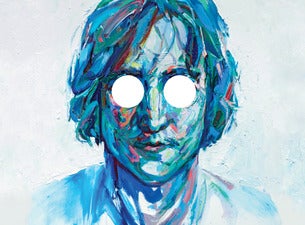 Lennon: Through A Glass Onion Tickets

About Lennon: Through A Glass Onion

Created and performed by renowned Australian actor/musician John Waters and esteemed singer/pianist Stewart D’Arrietta; Lennon – Through a Glass Onion is part concert and part biography, revealing the essence of the life and astonishing talent of one of the most admired icons of the past century. It’s a compelling story and features 31 iconic hits of Lennon and his collaborations with McCartney including Imagine, Strawberry Fields Forever, Revolution, Woman, Lucy in the Sky with Diamonds, Working Class Hero, and Jealous Guy.

The ultimate goal for John and Stewart was to take their show to New York one day – and they did in 2015.  “It was truly an emotional experience seeing Lennon - Through a Glass Onion in New York at its American premiere,” said lead producer Harley Medcalf. “We were overwhelmed, blessed really, to have the support of Yoko Ono and the Lennon Estate.”

John Waters added “To be embraced by New Yorkers as we were, it was a great reward for all of us who worked so hard to get our show there.  It truly felt as though Glass Onion had in fact given the city what it needed, to reconcile their own sense of loss of a much loved ‘son’, as John Lennon came to be.  Night after night, our audiences stood to acknowledge us, and it doesn't get much better than that.”

“It’s been fantastic, the response the show has received, especially from the younger audiences that come along, some of whom were not even born when Lennon and The Beatles were recording and releasing their music. It’s a testament to the legacy of the man and his music that still excites and intrigues people to this day,” says Waters.

“The song Glass Onion was John Lennon’s postscript to The Beatles.  It had such a strong image of crystal ball-gazing and peeling away the layers that it inspired the format for this show – a kaleidoscope collage of song, word, emotion and image,” agrees D’Arrietta with Waters.

For the audience, this is either an emotional trip down memory lane or a wonderful introduction to the life and times of one of the most fascinating icons of our time.  For John and Stewart – it's a dream come true.