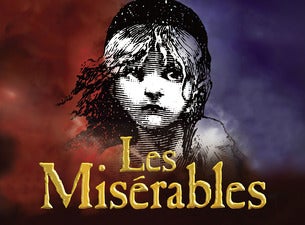 Be transported to nineteenth century France as the team behind hit productions of Mamma Mia!, Jesus Christ Superstar, Shrek, Wicked, Legally Blonde and The Phantom of the Opera bring one of the world's most iconic musicals - the multi-award-winning classic, Les Misérables to the stage in February 2020.

The legendary Les Misérables is a global stage sensation, more than 70 million tickets sold in 52 countries and staged in 22 languages around the world. This entirely new production brings the show to its biggest stage yet with a cast, crew and orchestra of more than 100 artists.

Set against the backdrop of 19th-century France, Les Misérables tells an enthralling story of broken dreams and unrequited love, passion, sacrifice and redemption – a timeless testament to the survival of the human spirit.

This glorious new staging and dazzlingly re-imagined scenery inspired by the works of Victor Hugo, will leave you awestruck. Featuring the thrilling score and beloved songs “I Dreamed A Dream,” “On My Own,” “Stars," “Bring Him Home,” “One Day More,” and many more, this epic and uplifting story has become one of the most celebrated musicals in theatrical history.