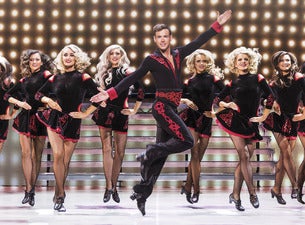 About Lord of the Dance - Dangerous Games

The world’s most successful dance show storms into Perth in September and Sydney in October with a spectacular new staging of Michael Flatley’s masterpiece – Lord of the Dance: Dangerous Games

Michael Flatley brought Irish Dance into the global spotlight more than 21 years ago, going on to create Lord of the Dance in 1996.  Since then his spectacular artistry and grand scale productions have mesmerized more than 60 million people in 68 countries around the world.

This year the acclaimed dance phenomenon is bigger than ever with Lord of the Dance: Dangerous Games returning to London’s West end following a sell-out season in 2014, and embarking on a UK and international tour.

Lord of the Dance captivates audiences with its mesmerizing dance styles rooted in traditional Irish dance, and its passionate love story interwoven with classic Irish folklore.

This latest version of the theatrical extravaganza combines the best of tradition with all the excitement of new music and heart-stopping dance, making it perfect family entertainment.

Please note that Michael Flatley will not be performing in the 2015 tour.