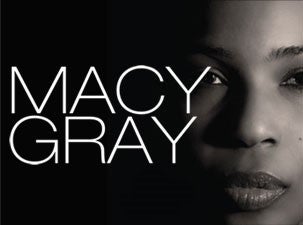 Grammy-award winning singer/songwriter Macy Gray will be making her much anticipated return to Australian shores on her “The Way” national tour in March 2015. Celebrating the recent release of her highly acclaimed ninth album The Way.

Macy Gray first sauntered onto the popular stream of consciousness at the turn of the century with her debut multi-platinum album On How Life Is, featuring the international chart topping hit single, I Try, the success of which kicked off a career that includes multiple Grammy award nominations, including a win for Best Female Pop Vocal Performance, BRIT and MTV Awards, over 30 million units sold, and a thriving acting career (‘Training Day’, ‘Spider-man’, ‘Scary Movie 3’ ‘The Paperboy’).

Macy has forged a career creating music that leaps genre barriers from experimental soul to alternative rock, from retro-disco to hip-hop, collaborating with artists including John Frusciante, Erykah Badu, Gang Starr, Mos Def, and Pharoah Monche. Macy has forged an uncompromising musical path beholden to her own vision and garnering accolades at every juncture.

And now, as a single mother of three teenagers and an established career woman in both music and film, Macy Gray is finally ready to share her journey with the world.  The Way features uplifting tracks laced with Macy’s signature sound as she covers powerful topics such as female independence, triumph over adversity, self-love and expression.

Macy Gray’s unmistakeable sound is one that has captured the imaginations of a generation, a truly unique artist with a bucket full of soul and an utterly relatable emotiveness, leading audiences on a wild ride of raw emotion and leaving them in awe of her undeniable pure talent and musicality.

On her last visit down under for 2012’s  Covered Tour, Macy began somewhat of a love affair with Aussie audiences playing to sell-out crowds across the country, growing her fan base exponentially in the process and leaving fans clamouring for more.