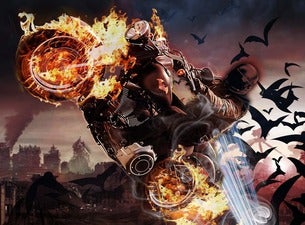 Meat Loaf: The Concert is two hours of nothing but show stopping hits of the iconic singer, Meat Loaf, and the hits penned by his long-time collaborator and friend, Jim Steinman.

The concert will feature an eight-piece band fronted by lead singer, Rick Szabo, who is no stranger to taking on the role of singing the songs of one of the world’s unmatched vocalists, having performed as lead vocalist in The Australian Meat Loaf Tribute Show from 1989 to 2004. “I’ve sung these incredible songs over a thousand times and it was the most amazing journey to take the band around the country playing to thousands of people for years,” Szabo says.  “Meat Loaf and Steinman were renowned for their Pavarotti meets Chuck Berry style approach to Rock & Roll. We will deliver this show exactly the way the fans want to hear it complete with the theatrics, screaming guitars, and lots of vocals”.

Fans will be treated to a performance of all the hits from one of the largest selling, critically acclaimed and one of history’s most important albums, 1977’s ‘Bat Out Of Hell’’ with songs including Bat Out Of Hell, Paradise By The Dashboard Light, You Took The Words Right Out of My Mouth (Hot Summer Night), Two Out of Three Ain’t Bad, and many more Meat Loaf favourites, plus the songs from Jim Steinman’s vast collection of his own and for artists such as Bonnie Tyler and Celine Dion, to name a few.