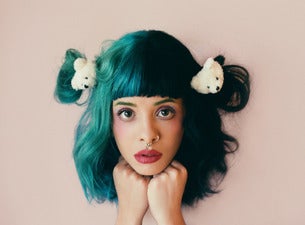 Hailed as a stunning and provocative singer, songwriter and visual presence, the unforgettable New York artist Melanie Martinez plays her first headline shows in Australia and New Zealand this August. Starting at Auckland’s Powerstation the “Cry Baby Tour” then heads to Australia playing Sydney, Brisbane, Melbourne and Perth. Tickets go on sale at 10am on Friday 1st July.

Melanie released her debut album Cry Baby in 2015 to rave reviews, with critics applauding her infectious blend of pop choruses, R&B infused melodies and hip-hop beats, seeing it debut at #5 on the Top Albums Chart, a stellar #6 on the Billboard Top 200, while also coming in at #1 on the Top Alternative Albums chart.

This show announcement is sure to thrill Melanie’s army of Australian fans, where she currently receives over 750K+ streams per month alone on Spotify totaling over 7 million streams to date. 5.5 million YouTube views and the Cry Baby album debuted on the iTunes album chart at #16 back in 2015.

In reviewing Melanie’s New York show on the “Cry Baby Tour”, The New York Times wrote: “The music…perches prettily tinkling keyboards and concise pop choruses amid the slow, ominous basslines and twitchy percussion of Southern hip-hop — a candy-coated variation on the dirges of Lorde and Lana Del Rey."

Since the release of her 2014 EP “Dollhouse”, Melanie has continued to amass a loyal following, and the near universal critical acclaim garnered by the release of “Cry Baby” has resulted in SOLD OUT extensive North American and Spring European tours. Melanie also has a string of upcoming performances at major music festivals Lollapalooza, Panorama, Bumbershoot, Osheaga and more.

Melanie conceives and directs all of her companion videos, and there can be no denying the strength of the visuals that accompany all of the songs on “Cry Baby”. It also includes the hit singles ‘Dollhouse’ and ‘Carousel’, both first released in 2014 on her stunning debut, “The Dollhouse” EP.

‘Dollhouse’ has proven to be an online phenomenon, with its compelling companion video’s individual views now exceeding 54 million. Similarly, ‘Carousel’, matched the chart and online success of ‘Dollhouse’ and the haunting video - filmed on Melanie’s native Long Island, NY – is another YouTube favourite with more than 34 million views and counting. The numbers continue to be staggering in volume, with first single ‘Pity Party’ views now exceeding the 45 million view mark, second single ‘Soap’ at over 24 million views and title track 'Cry Baby' sitting on 20+ million and counting.

TICKETS ON SALE 10AM FRIDAY 1 JULY
For more information: daintygroup.com