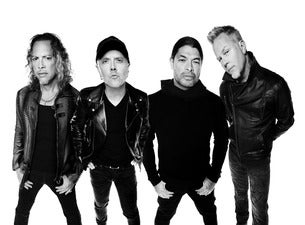 Cementing their reputation as the powerhouse of hard rock, all tickets for METALLICA’s WorldWired Tour Melbourne show have now sold out.

Due to continued overwhelming demand a 2nd & final Melbourne show has been added, to be playing at Marvel Stadium on Thursday, October 24.

METALLICA has confirmed its long-awaited return to Australia and New Zealand. The band’s first dates in Australia since 2013, and first show in New Zealand since 2010

Last here in 2013, Metallica’s long-awaited return Down Under will now extend to six Australian stadium shows on their WorldWired Tour, with no further shows possible.

The newly announced shows are Metallica’s first ever headline stadium plays in Australia and New Zealand. They continue the WorldWired Tour that has played 130+ shows across the world since its 2016 kick-off.

Special guests Slipknot will provide support on all dates.

As with most of Metallica’s WorldWired shows, every ticket purchased includes a choice of standard physical or standard digital copy of the band’s 10th and current album, Hardwired…To Self-Destruct.

And once again, all tickets will include a free MP3 download of the show(s) attended, mixed and mastered by the team behind Hardwired...To Self-Destruct. The free full-show downloads can be obtained by scanning or entering the barcode from that show’s ticket stub at LiveMetallica.com/scan.