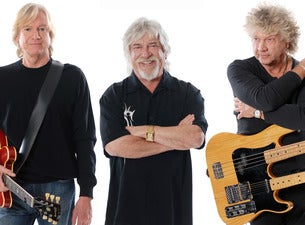 About The Moody Blues

The Moody Blues are '60s English rock band known for their progressive rock sound and their role in creating the "concept" album. The group originally started out as a rhythm and blues band, but with the release of their 1967 album Days of Future Passed, the band created a sound that was a mix of classical and rock music. Days of Future Passed is widely considered the first concept album and their fusion of rock and classical music was dubbed art rock or progressive rock. The Moody Blues released 12 more albums after Days of Future Passed until they took a break from recording between 1991 and 1998. During the break, they toured extensively all over the world performing on stage with a live orchestra. In 1999 they released Strange Times their first Top 20 album since 1983's The Present, and they followed that release with 2003's December. To date, The Moody Blues have sold over 70 million albums worldwide, and they've had 18 platinum and gold albums. About the Show The Moody Blues live shows are a bit like traveling back in time with some old friends you know well but haven't spoken to in awhile. The music is fun and familiar even if everyone is a bit grayer while enjoying it. The show will see their most successful album, Days of Future Past, played in its entirety and in sequential order for the first time on tour. Expect to hear many of their other hits as well, and with a discography spanning 50 years, they have many fan favorites to choose from. The band is fully aware of their "old guy" status being in their seventies and still touring, so expect to hear some self-deprecating jokes regarding their age and longevity in the business. Ultimately the band puts on a wonderful performance that will appease fans regardless of whether you've been a fan for 50 years or discovered the group in recent years.