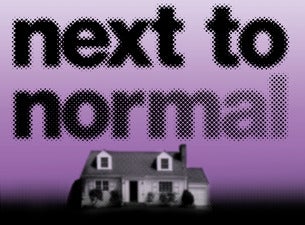 Next To Normal Tickets

About Next To Normal

The most talked about show on Broadway, Next to Normal, is coming to Sydney.   This acclaimed, ground-breaking musical "that pushes Broadway in new directions" (Rolling Stone) won a 2010 Pulitzer Prize for Drama and three 2009 Tony Awards. With provocative lyrics and an electrifying contemporary score of more than 30 original songs, Next to Normal shows how far two parents will go to keep themselves sane and their family's world intact.  Next to Normal is an emotional powerhouse of a musical about a family trying to take care of themselves and each other.
"A work of muscular grace and power. It is much more than a feel-good musical; it is a feel-everything musical."- The New York Times
Advertisement