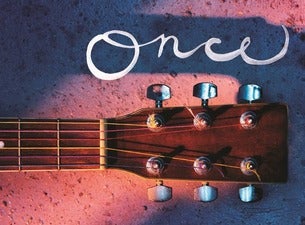 The breathtaking Broadway musical ONCE is about to melt hearts again when it opens at Melbourne’s Comedy Theatre on 17 September. Based on the movie of the same name by John Carney, ONCE features a book by Enda Walsh, and music & lyrics by Glen Hansard & Markéta Irglová. It is the only Broadway show with music that won the Academy Award®, Grammy Award®, Olivier Award and Tony Award®.

This critically acclaimed production is directed by Richard Carroll with musical direction by Victoria Falconer. It features stunning movement sequences created by Hamilton’s resident director Amy Campbell. Jay Laga'aia joins Australian musical theatre stars, Toby Francis and Stefanie Caccamo, who are returning to the roles they first performed in 2019 and are inspired by the love story of ONCE’s songwriters.

Irish singer and songwriter Glen Hansard formed his group The Frames in 1990, before appearing as guitarist Outspan Foster in the motion picture The Commitments. In 2001 he performed with The Frames at a music festival in the Czech Republic, where he first met Markéta Irglová. Six years later they formed the folk duo The Swell Season. Their self-titled album included several songs that found their way onto the 2007 ONCE soundtrack including, “When Your Minds Made Up”, “Lies”, “Leave” and the Oscar-winning “Falling Slowly.”

This captivating and life-affirming musical immerses audiences in the irresistible musicality of Dublin and is performed by an outstanding ensemble of actor-musicians playing the spellbinding songs from the critically-acclaimed film live on stage.