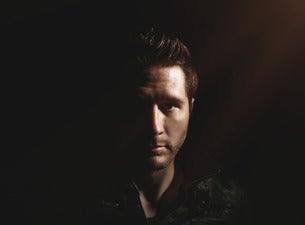 Owl City is the musical brainchild of Adam Young, who launched the project in 2007 while living at his parents' home in Owatonna, Minnesota. Troubled by insomnia, Young began spending his evenings in the household basement, where a computer and several instruments provided a diversion from his sleeping patterns. He eventually combined those diversions into a blend of electronica and emo-pop, using little more than his computer and various keyboards to record the material. Songs were uploaded to MySpace upon completion, and Young began attracting a surprising amount of attention on the networking site. Of particular note was "Hello Seattle," a fabricated ode to the Emerald City whose viral popularity earned Young a record contract with Universal Republic.

Ocean Eyes, his first album for the label, was released in 2009, coinciding with the launch of Owl City's first national tour. While on the road, Young watched as "Fireflies" became one of the year's most popular singles, eventually topping the charts in several countries (including the U.S.) and selling more than three million copies. A deluxe edition of the album appeared in 2010, featuring seven bonus tracks as well as the original track list, and Universal Records capitalized on the buzz by also reissuing Maybe I'm Dreaming and Of June, both of which had been self-released several years earlier. An Airplane Carried Me to Bed, an album of acoustic pop songs that predated the Owl City project, followed in 2010. Technically a side project, the album was released under a different moniker, Sky Sailing. Young returned to Owl City in 2011 with All Things Bright and Beautiful, his first collection of new material in years. ~ Andrew Leahey, Rovi