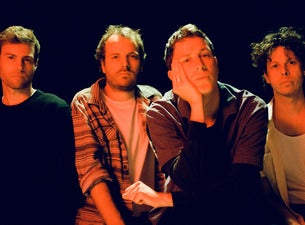 Confidently labelled as one of Britain’s biggest indie exports, PALACE today announce their debut Australian tour for December 2022, with a massive show at The Tivoli in Brisbane.

Since forming in 2012, Palace have built a dedicated cult following and a reputation for mesmerising live shows via extensive touring across the UK, EU and US. The British band’s first shows down under come after the release of their highly anticipated third album Shoals in January and hot off the heels of their sold out 21-date USA and Canada tour.

After receiving critical acclaim for prior LP’s such as 2016’s Long Forever and 2019’s Life After, Shoals was written in the midst of 2020’s COVID lockdown. It swells and crashes around cloying, unsettling emotions inspired by frontman Leo Wyndham’s very real fear that he would never sing again after his battle with the disease. “It's almost a bit of a love letter to fear and feeling fear, and to people who experience fear in any form,” says Leo.

Don’t miss Palace on their debut Australian tour this December.