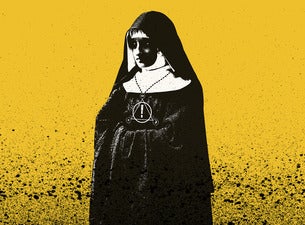 Panic! At The Disco Tickets

About Panic! At The Disco

Making their return to Australia this October for Frontier Touring and performing arena shows off the back of their most ambitious release to date – two-time Grammy nominees Panic! At The Disco are back! Led by frontman Brendon Urie, their long-awaited sixth album Pray For The Wicked drops next week – and now they’re headed down under.

Panic! return 13 years after they first burst onto the scene with 2005’s platinum, emo-fuelled debut, A Fever You Can’t Sweat Out. Now, anticipation for Pray For The Wicked is high: just witness the video for rousing first single ‘Say Amen (Saturday Night)’ (the final instalment of a trilogy, following earlier clips ‘This Is Gospel’ and ‘Emperor’s New Clothes’.) Check out the band’s recent, unforgettable live performance of ‘Say Amen (Saturday Night)’ on The Ellen DeGeneres Show here.

Meanwhile latest single ‘High Hopes’ is the most recent in an oeuvre of dizzying stadium pop, including hits ‘I Write Sins Not Tragedies’, ‘The Ballad of Mona Lisa’, and ‘Nine In The Afternoon’.

Panic!’s fifth record – 2016’s Death of a Bachelor – was a huge hit globally, debuting at #3 in Australia and also marking their first #1 on the US Billboard 200, earning a Grammy nomination for Best Rock Album. The title track has also produced almost 50 million YouTube views and 90 million streams on Spotify, Urie’s performance likened to legends Queen and Daft Punk by The New York Times. Last in Australia off the back of that disc, critics were raving:

With a huge 28-city USA run kicking off in July and headlining Reading & Leeds in August, Panic! At The Disco’s unstoppable energy and a set-list jam-packed with the best of all six albums makes this a tour not to be missed!