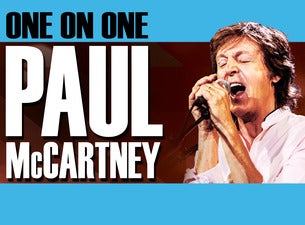 Paul McCartney has been anything but idle during his post-Beatle years. In 1971 (within one year after the break-up of the Fab Four), McCartney formed the rock band Wings which would go on to produce numerous hit singles and enjoy strong album and ticket sales during the decade of its existence. Wings' most successful and highly acclaimed album, Band on the Run, stayed at the top of the U.S. Charts for four weeks and went triple platinum. Hit songs for the band include "Live and Let Die," "Band on the Run," "Jet," and "Silly Love Songs." McCartney proved, in the '80s, that his popularity with the public was still as strong as ever by embarking on a highly successful solo tour. Memorable collaborative songs were also produced in the '80s--"Say Say Say" and "The Girl is Mine" with Michael Jackson, and "Ebony and Ivory" with Stevie Wonder. In the '90s, he expanded his already impressive musical repertoire by composing two albums of classical works (Standing Stone and Working Classical) recorded by the London Symphony Orchestra and, in the same decade, released an album of ambient, techno music under the pseudonym The Firemen. Other notable albums of his solo career are 1982's Tug of War (recorded with famed Beatles producer George Martin), his 1984 soundtrack for the film Give My Regards to Broad Street (which he also directed), and 1989's Flowers in the Dirt, and 1997's Flaming Pie. McCartney was honored with a Knightship in 1997.