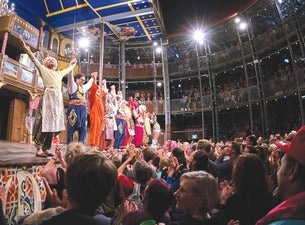 One of the greatest theatre in history is about to pop up in Perth.

After performing to 550,000 people in just two and half years. the world’s first full-scale temporary working replica of Shakespeare’s theatre, the second Globe, is about to pop up at Crown Perth.

For a limited time Pop-up Globe will be the home of an epic festival of Shakespeare unlike Perth has ever seen before,

This isn’t dusty Shakespeare. This is alive, like a party.

Experience Shakespeare like its 1614. The season is strictly limited. See it before it pops down.