About the Event
For the General Admission events children under 14 are free (max 4 per paid adult), for Thursday only Students 14+ can access Grandstands at discount price.

The Superloop Adelaide 500 is Australia's largest domestic motorsport event and widely regarded as one of the best touring car races in the world.

Taking place on a shortened version of the former Formula One grand prix circuit, it features some of Australia's favourite corners, including the Senna Chicane, the deep-braking hairpin at Turn 9 and the now infamous Turn 8 sweeper.

The first race was held from 9-11 April 1999 as the Sensational Adelaide 500, and was won by Craig Lowndes from the Mobil Holden Racing Team.
Groups 10+
Call Ticketmaster Group Bookings on
1300 889 278 or email groups@ticketmaster.com.au
For the Official Site
Click Here 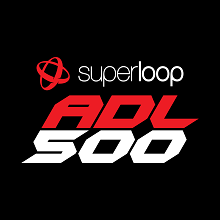