JERSEY BOYS tells the true-life story and the rise to stardom of Frankie Valli and the Four Seasons who were one of the most successful bands in pop music history.

The band sold over 175 million records and were inducted into the Rock & Roll Hall of Fame for their worldwide hits including Can't Take My Eyes off You, Walk Like a Man, Bye Bye Baby, Sherry and Big Girls Don't Cry, which all feature in the musical.

The Australian production of JERSEY BOYS opened to rave reviews in Melbourne on 4 July 2009 and went on to break box office records twice. It went on to play to 1.6 million people across Australia and New Zealand, including a return to Melbourne in 2013.

The Australian Production was critically acclaimed and won multiple awards including two 2010 Helpmann Awards (one for Best Musical) and two 2011 Sydney Theatre Awards.

Groups 12+ Save
Call Ticketmaster Group Bookings on
1300 889 278 or email groups@ticketmaster.com.au
or click Request Information » below
For Venue Info
Click Here 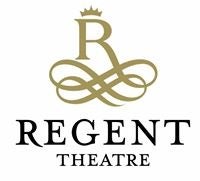