Harry Potter and The Cursed Child

HARRY POTTER AND THE CURSED CHILD - PARTS ONE AND TWO
Customers with tickets from Wednesday April 15 to Sunday 1 November will be contacted to confirm they have been automatically rescheduled into new dates
https://www.harrypottertheplay.com/au/covid-19-update/

School Groups for Wednesday performances with every 10 student tickets booked, a free ticket for a teacher will also be included. Dedicated allocations starting in General reserve ($65 per part, per person) are also available.

The magic has begun in Melbourne's East End Theatre District.

Harry Potter and the Cursed Child is a "wildly imaginative continuation of J.K. Rowling's wizardry saga" (The Hollywood Reporter). Prepare to experience a thrilling new adventure that the Herald Sun Melbourne calls "Spellbinding. Like nothing on earth".

The Princess Theatre has been transformed to immerse you in this spectacular world where epic duels, extraordinary spells and beloved characters come to life.

Harry Potter and the Cursed Child is the most awarded production in the history of Britain's Olivier Awards, winning a record breaking nine awards including Best New Play and Best Director. Following its New York opening in April 2018, the Play won six Tony Awards on Broadway, including best play.

The Princess Theatre is the Australian home to Harry Potter and The Cursed Child Parts One and Two which is exclusively playing in Melbourne.
Groups 10+
Call Ticketmaster Group Bookings on
1300 889 278 or email groups@ticketmaster.com.au
For Venue Info
Click Here 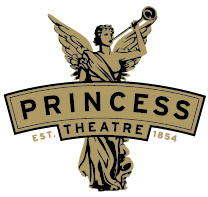