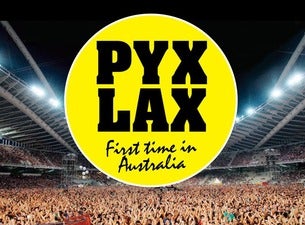 The Biggest selling band in Greek History, PYX LAX, brings a musical experience for the ages.

The voice and soul of a generation comes to Australia with a repertoire of songs which changed the musical landscape of Greece.

Testament to their greatness is the multitude of Pyx Lax tribute bands around the world.

Pyx Lax is more than just an influential band, it's the soul, the emotion, and the voice of a generation, who seamlessly move between Rock, Traditional and Folk music whilst giving new life to the generations before them.

With over 20 million Cd sales and the biggest grossing concert tour in Greek history, Pyx Lax bring to Australian capital cities a concert of epic proportions.

The song list is too huge to mention, their energy is too powerful to ignore, and their stage presence is too eclectic to disregard.

They are simply PYX LAX.