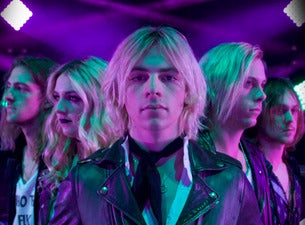 Led by vocalist/rhythm guitarist Ross Lynch, R5 came together in 2009 and is comprised of Lynch's siblings Riker (bass/vocals), Rocky (lead guitar/vocals) and Rydel (keyboard/vocals) and Ellington "Ratliff" (drums/vocals). R5 has rapidly emerged as an electrifying new voice in the world of pop-rock.

The band has moved one step closer to world domination having played over 200 shows, in 23 countries, to over 400,000 fans, and releasing their sophomore album, Sometime Last Night, which debuted #1 on the Pop Album chart, and #6 on the Billboard 200. The groove-heavy, guitar-driven pop-rock album also hit #19 on the ARIA chart and #36 on the official New Zealand music chart.  Sometime Last Night and LOUDER combined have over 54M streams on Spotify.