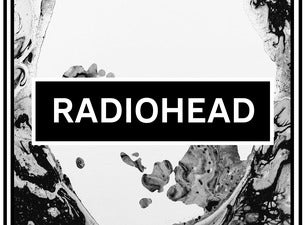 "Taking the plunge into this band's mysteries is one of rock's true pleasures." Rolling Stone (on The King Of Limbs)

"Yorke sidled into his terse but radiant falsetto, his voice glowing over the room like a chandelier." New York Times (Roseland Ballroom NYC September 2011)

Admirers of seminal alternative rock and genre-bending music take notice; Chugg Entertainment today announces the landmark return of Radiohead to Australia and New Zealand.  It has been nearly a decade since the Oxford bred five-piece last graced Australian shores in 2004, and a staggering 14 years since playing in New Zealand in 1998.  It is safe to say that their welcome return is certain to be the live music milestone of the year.

Murmurs of a return to our corner of the globe have been rife for years now, even more so in this era of social media with nothing remaining secret for long.  Radiohead, however, manage to defy this with their celebrated return being one of the biggest and best kept secrets this year; something to be expected from a band shrouded in mystery, everything they do an enigma.  In 2011 following their guerrilla Glastonbury set in June where they appeared as a ‘surprise guest,' September saw them catch New York City audiences unawares with the announcement, only one week out, of two intimate shows at the Roseland Ballroom.

Radiohead will perform six shows only this November, starting at Auckland's Vector Arena on Tuesday 6th November, then Brisbane Entertainment Centre on Friday 9th November, two shows at the Sydney Entertainment Centre on Monday 12th and Tuesday 13th November, and two shows in Melbourne at Rod Laver Arena on Friday 16th and Saturday 17th November.  Tickets for all shows go on sale in just three days time at 9am (local time) on Thursday 1st March.  For a band that is headlining major festivals across the globe, these Australian shows in relatively intimate settings are a clear indicator of a band that does things their own way.

With a long-standing reputation steeped in genre-redefining motions throughout their more than 20 year career, Radiohead have proved themselves to be one of the most influential bands of our generation, forever appealing to the public appetite with their ever evolving cut-and-paste sonic collages.  From the band's earlier style of melodic rock songs accompanied by dense riffs and ethereal atmospheres, through to their later experimentation with song structures, incorporating ambient, avant-garde and electronic influences.

From early releases Pablo Honey (1993) and The Bends (1995), it was their third studio album OK Computer (1997) which well and truly catapulted the group to international fame with the album often being acclaimed as a landmark record of the 1990s with Thom Yorke's maudlin lyrics polished by the ensemble's three-guitar thrust which relied on texture instead of virtuosity.

Their follow up albums - both recorded at the same time - Kid A (2000) and Amnesiac (2001) marked a watershed in the band's career, with their sound ripening and becoming far more diversified, appropriating underground styles from Kraut-rock to minimalistic electronic beats and experimentation with less overt guitar parts.

Radiohead's ever increasing ambition saw the delivery of Hail To The Thief (2003), a nod to their political musings (so titled in honour of George W. Bush's ‘stolen' presidential election).  An album relatively direct in structure yet retaining elements of the experimentation of its predecessors.

Their seventh studio offering, In Rainbows (2007), saw Radiohead once again show that they are more than just musicians, but artists who create a sensory encounter that can transcend the studio and stage, lacing together Yorke's melancholic lines with up-tempo compositions.  In what some say was a revolt against the commercially-driven powerhouse of major music labels, In Rainbows was released online to fans as a ‘pay what you want' download through the band's website.

With their eighth studio album, The King of Limbs (2011), yet another piece of rarified beauty was delivered; a record that pushes electro-chirrups and synth-sweeps into the forefront, seeing the band reinvestigating their love of computer-driven music.  Eerie and insidious, lascivious and visceral, Radiohead once again breached new sonic territories with this dynamic release.

Radiohead's return to Australia & New Zealand will showcase the band's multi-decade career in an aural and visual celebration.  As a live band they transform their creations into an experience both towering and incandescent.  Be sure to be part of the journey.  No shows will be added to the tour - do not miss out.


TICKETS FOR ALL SHOWS ON SALE THURSDAY 1ST MARCH, 9AM (local time)