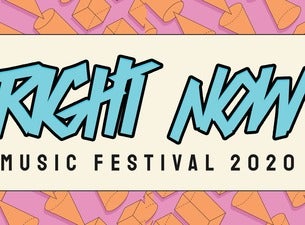 Hilltop Hoods having just wrapped up their latest tour “The Great Expanse World Tour, a tour that went to 14 countries and made history in this country for being the largest hip-hop tour ever from an Australian artist with more than 80,000 fans attending. Hilltop Hoods will be playing all their hits as well as the latest multi platinum singles – Clark Griswold, Leave Me Lonely and Exit Sign – off their latest ARIA no. 1 album and Triple J ‘album of the week’ The Great Expanse.

Having headlined at Splendour in the Grass and a run of Falls Festival’s across Australia, Dope Lemon aka Angus Stone released his second studio album Smooth Big Cat via BMG Australia debuting at number 2 in the global ARIA charts, number 1 in the ARIA vinyl charts and number 1 Australian ARIA Album Featuring first single Hey You, with a US Netflix sync and album tracks Salt & Pepper, and Give Me Honey, Smooth Big Cat was recorded over three months at Belafonte, the studio on his ranch. Angus played every instrument on the record, produced and mixed every song. The new LP is Dope Lemon squeezed to pure juice, distilled to a nectar fit for the gods, sweet on everyone’s lips.

Indie rock band Holy Holy has more than 45 million streams under their belt, and continue to commandeer new sonic territory as seen throughout their journey from their first EP, to the acclaimed ‘Where The Storms Would Come’, to ‘Paint’ – a Top 10 hit on the ARIA Charts.

Their latest, album, My Own Pool of Light, has received critical acclaim with an ARIA nomination for Best Rock Album, a J Award nomination for Album Of The Year as well as a triple j feature album on release and was voted in at number 5 on triple j listener’s Best Albums of 2019

Thelma Plum’s debut album Better In Blak is a story about culture, heritage, love, and pain. With incredible strength, courage and heartbreaking tenderness, her debut album captures so deftly what it’s like to be a young Aboriginal woman in Australia. Since releasing her 2014 EP Monsters, Thelma has been through a lot. “On this album I speak about how it feels being an Aboriginal woman in this country. When I was younger I wasn’t ready to share this side of me, but I’ve grown a lot in the past few years and that’s changed,” says Thelma.

Chillinit is the definition of a homegrown, self-made star. Having cut his teeth in Sydney’s underground hip-hop scene, the Hurstville emcee has since morphed into one of Australia’s most revered personalities. Chillinit is sure to be a crowd favourite.

Adrian Eagle has garnered widespread acclaim for his breakout singles 17 Again and AOK, and has revelled in a massive national and international touring schedule (supporting Hilltop Hoods) which sees him currently in the midst of a massive 40-date tour. With his trademark street-gospel sound and upbeat yet reflective style see why Adrian Eagle is one of Australian music rising stars and will be on stage in Hobart.

Maddy Jane is an independent singer-songwriter from the small island town of Bruny Island, Tasmania. Catchy and truthful, Maddy’s unique brand of indie pop/rock has resonated in Australia, with plenty of airplay on triple j for her acclaimed EP 'Not Human At All', sold out headline shows, and huge arena supports for the likes of Harry Styles and Red Hot Chilli Peppers.

RIGHT NOW Music Festival is an all ages event* and will be held at Tolosa Park in Hobart on Saturday 4th April 2020 with gates open at 2pm.